Our Posts
Old-Time RacersChaplin in Parade Promoting THE KIDIt Is All about Privacy!Will Rusty Metal Reels Harm My Film?We Carefully Hand-Clean Your Film.Oops ⎯ Do Not Send Like This!Which of These Does Not Belong?View all Posts

Our Posts
Old-Time RacersChaplin in Parade Promoting THE KIDIt Is All about Privacy!Will Rusty Metal Reels Harm My Film?We Carefully Hand-Clean Your Film.Oops ⎯ Do Not Send Like This!Which of These Does Not Belong?View all Posts

We Carefully Hand-Clean Your Film.

After inspecting your films, we begin by asking ourselves, "What will benefit this film the most?" 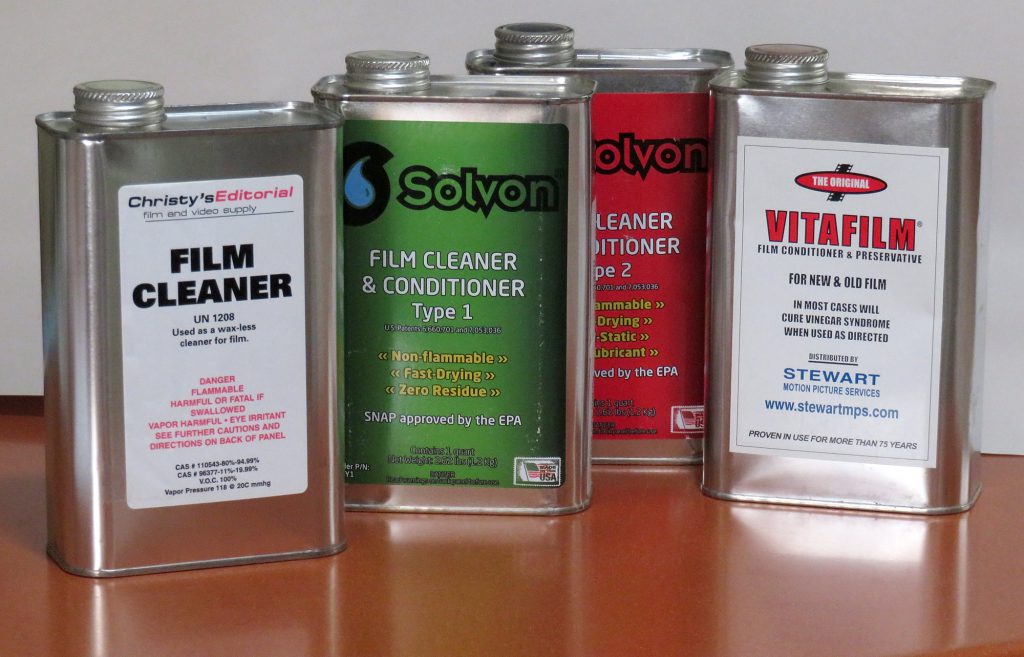 The professional brands we use to clean your film are: "VitaFilm", 2 types of "Solvon", Christy's film cleaner, and "FilmRenew."

In our 13 years of experience, we have noted that all films benefit from cleaning -- even films coming straight from the lab! Many films do not require extra special care -- a careful hand-cleaning will do. Other films, though rare, require a pricey film solution called "FilmRenew" (not shown here.)

To note: We never use "VitaFilm" to clean film that has been spliced using tape, because it dissolves the tape. 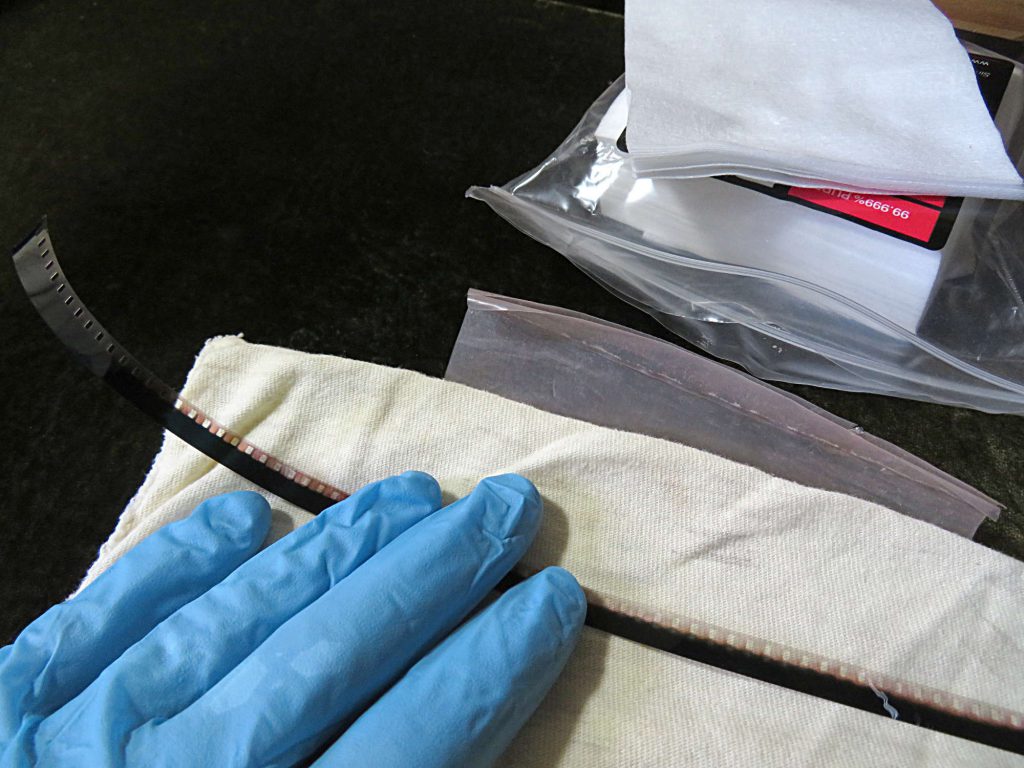 We have excellent cleaning practices: We start with clean hands (thus the gloves), clean surfaces, and cleaning cloths that are fresh. These things make an important difference.

Below, the film was quite dirty, but with a careful hand cleaning, we achieved very nice results. Sometimes dirt will get securely embedded into the film's emulsion. In certain cases, some of that dirt will remain. Still, plenty will be cleaned off. 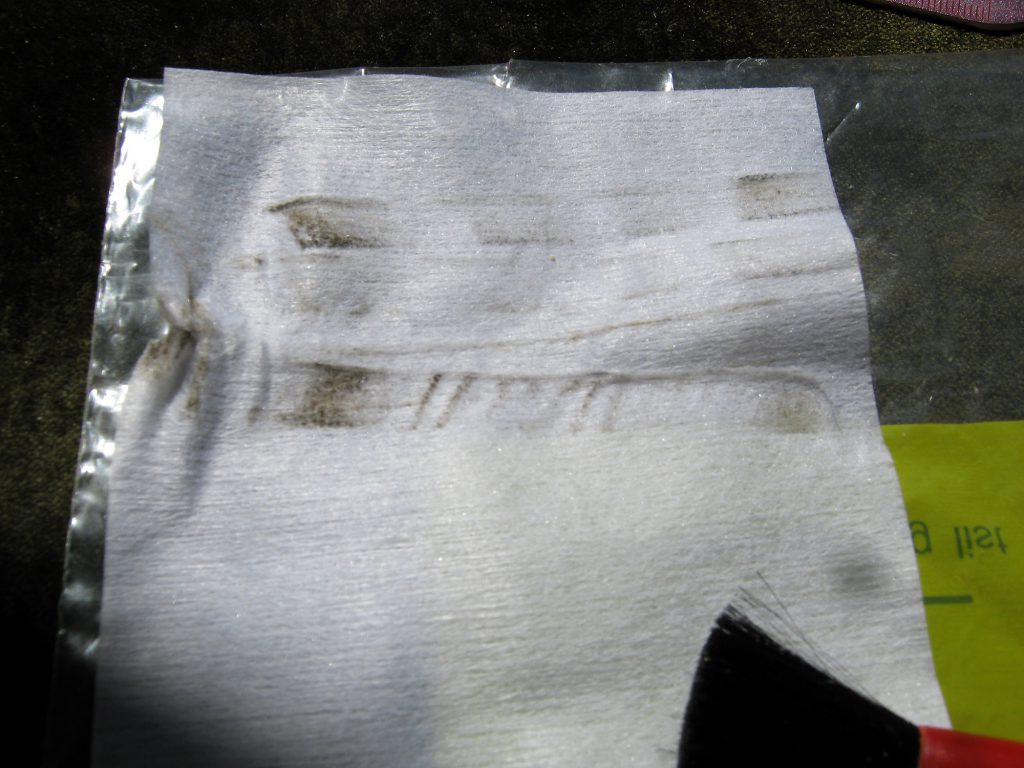 Careful hand-cleaning is part of a successful film transfer.

Here, there was some mold with the addition of tar built up on the film. We speculate that the owner was a smoker and enjoyed their cigarettes, or perhaps cigars, while watching their treasured family memories. 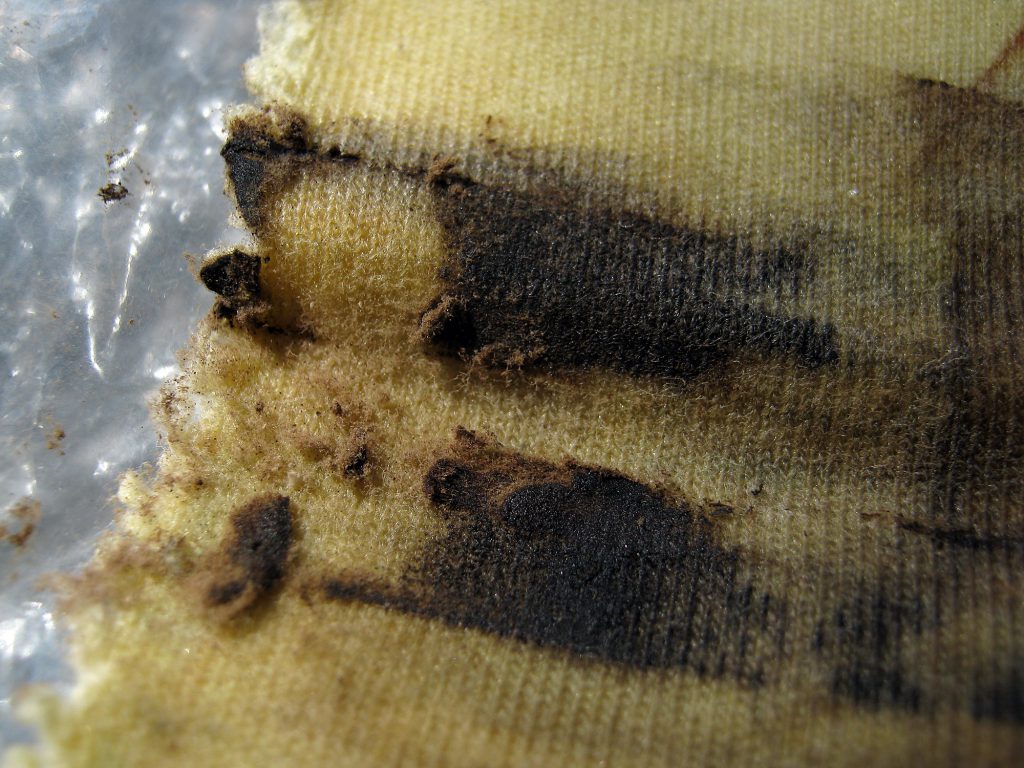 Dirt and smoke, in the air, can cause a considerable build up of residue on the film.