Nowadays, when we refer to a photograph’s “resolution” or “image quality”, we generally mean its pixel density or, when printed, its Dots per Inch (DPI). Back in the days of film photography, we used a comparable measure of image quality, based on the film’s grain. Since FilmFix deals with 35 mm film transfers (as opposed to larger-format films that some photographers used), we will confine this discussion to 35 mm film resolution. 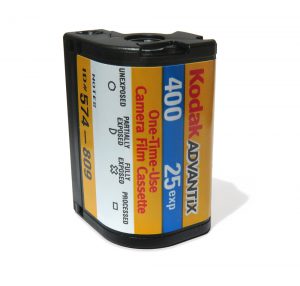 Thirty-five-millimeter film has a digital resolution equivalent of approximately 5.6 kilobytes of information. (This translates to an image size of about 5,600 × 3,620 pixels.) The finite resolution of film will fluctuate, based on multiple variables (see list below). A film’s image quality depends on its “grain”.

All of these variables influence the film's resolution:

Now, with the dominance of digital imagery, film grain can be compared to pixel count or Dots per Inch. The table below illustrates how this comparison applies across various devices.

An Overview of MP (Megapixel), DPI (Dot per Inch), and Print Size Equivalencies

The renowned photographer Ansel Adams had a simple rule of thumb for enlarging images: avoid printing film to paper at more than 4 × its original size.

Adams would not enlarge more than 4 × his film’s original size, because any further magnification would too clearly reveal the film grain. However, when archiving slides, one wants all the grain to be preserved.

Our transfers exceed your film’s resolution capacity. At 9.5K we out-perform all commercial slide scanners. We deliver an impressive 9,504 × 6,336 pixel file to you. We have the highest optical film transfer system that we know of.

If you print at 300DPI (the printing standard), you can expect a quality print from our high-resolution scan. This will be true for images printed up to a size of 21.1" x 31.7" (for 35mm film.) Enlarging from 35mm to a print this size would appear to obviate Adams' rule of thumb mentioned above. In fact, you will see the film’s grain crisply detailed in the printed image.

Keep in mind that the quality of the printed image depends on:

4 Braun 6000 (16-bit) if scanning at ME MultiExposure "The tool is called ME in the software and serves as a means to increase dynamic range" up to Dynamic Range 3.8 Dmax (but takes longer to scan)

7 Some people believe that printing anything larger than what the film will store will yield a better image. In fact, doing so will only increase the grain size and produce bigger more defined grain.

8 At FilmFix we visually inspect and manually adjust each slide for its optimal exposure. The camera we use is a Sony A7R IV, capturing RAW at 14-bit, with a Dynamic Range of nearly 15 stops (14.77 EV). This degree of resolution shows the film grain in great detail, and stores all the image information of which a slide is capable.