Our Posts
♥ Our Top 5 Testimonials ♥We Include a Localized Webpage for MP4 FilesRare Double 8mm Film with SoundAre We Big?Celebrating Another Year in Business!How Much Film is on My 8mm Reel?How Best to Edit 18 fps Video Files4K vs 2K 8mm Film TransferWhat is a Burn Hole?Archival Grade Slide TransferView all Posts

The first thing that I found, starting with the test reel that FilmFix digitized was that Laura & Nathaniel’s customer service was exceptional (frankly, second to none) and it continued to be so throughout the entire process. They answered all of my general & technical questions to the depth that I required. The care and handling of our film was, as with everything FilmFix does, exceptional.

As for the quality of the final digitized product, it is remarkable. Nathan did a great job. Not only did we gain 40% more viewable film than we had before, but that coupled with the image stabilization, debris removal, & color correction brought the digital results to a level I thought would not be possible.

For anyone thinking about having their film professionally digitized, you can have sub-standard film transfers done for less or even more money elsewhere (depending on who you choose), but in the end you will regret it. Don’t compromise on quality or service, choose FilmFix. 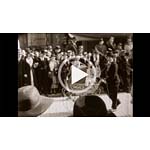 Chaplin in Parade Promoting THE KID

While all cherished footage that we have ever transferred is an honor to us, here at ... 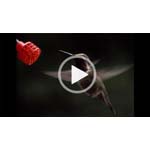 See Mother Nature, shining brightly, in this fine footage! The camera work of these two ... 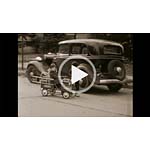 Classic all metal fire engine, in high pursuit - even amidst snowflakes! Here is 8-decade ...